Should I Use Creatine Whilst Cutting Fat?- Nutrition Depot

Should I Use Creatine Whilst Cutting Fat?

Should I Use Creatine Whilst Cutting Fat?

Want to know if you can keep use creatine when cutting fat? Let us break it down for you. Whatever your reasons for cutting fat, talking about it is the easy part. Actually doing it is a whole different matter. When cutting, your objectives are obviously to strip away fat. Whilst retaining as much muscle mass as you can, ultimately with the aim of looking lean.

Diet, cardio, and different training protocols are all obviously very important. But so too are supplements. Supplements can make such a difference when it comes to changing the appearance of your physique. And indeed, to optimise your performance in the gym, creatine supplements are incredibly popular for gaining mass. But what about cutting? Some say yes, whilst others inevitably say no.

Creatine is a naturally occurring nitrogenous compound that’s synthesized within the human body. You can also find creatine in foods like red meat and fish.

The liver, pancreas, and kidneys help to synthesize this compound. Which is actually a derivative of three separate amino acids, which are: glycine, arginine, and methionine. Several studies and scientific research, have been able to link creatine to muscle growth.

Creatine supplementation allows you to increase the reps and sets you can perform in the gym1, which in time has been shown to increase gains in muscle mass.

It’s also been suggested that swelling of the muscle cell caused by the water retention acts as a triggering mechanism that stimulates muscle protein synthesis.

So, the million-dollar question ‘can you use creatine whilst cutting’? Well, in a word – YES. One of the biggest drawbacks associated with creatine, is the fact that, because many forms help to draw water into the cells, they can cause bloating and water retention, which, as a bodybuilder prepping for a contest, is exactly what you don’t want.

Due to this extra water retention, if you begin taking creatine when cutting, you may find your muscles appear ‘puffier’ or your weight on the scale may increase. It’s important to note though that this is excess water retention rather than any fat gain.

To get around this however, experts recommend avoiding creatine monohydrate, and instead choosing a creatine with an increased rate of absorption. Micronised creatine or creatine ethyl ester are ideal for this.

For increased rates of absorption, experts also recommend taking creatine immediately after you train, along with a simple sugar. The sugar will lead to a spike in insulin, which will help to shuttle more of the creatine into the muscles. This means that more of the creatine gets used up, rather than going to waste and causing bloating or water retention.

Some people however, will respond negatively to creatine and will bloat no matter what, and if this does apply to you, you might want to have a look at alternative supplements.

Here’s some more info on creatine and weight gain…

How Does Creatine Work?

Creatine works by being stored by the muscles in the form of creatine phosphate, which plays a key-role in the ATP energy system. ATP, or Adenosine Triphosphate, is a natural source of energy used by the muscles. By increasing ATP levels, muscle hypertrophy and training intensity can both be increased exponentially.

As mentioned, the body naturally synthesises creatine. But the main problem is the fact that the amount of creatine that the body can produce is simply not enough to prove especially beneficial. This creatine is speedily converted into ATP by the muscles, but unfortunately, the amounts produced only prove beneficial for a few seconds.

Use Creatine is extremely popular amongst bodybuilders and strength athletes, because it is a star player when it comes to muscle growth and repair.

The main reason for this is simply down to the fact that the more creatine there is, the more ATP can be produced, and therefore, the more energy the muscles will have, resulting in longer training durations and increased training intensity.

So should you take Creatine while cutting

Taking creatine when cutting is beneficial for several reasons. Primarily, it’s due to improved performance in the gym as creatine supplementation will allow you to hit more reps and sets in the big power movements like deadlifts.

In the short term, this could result in a higher daily energy expenditure and increase the likelihood of a calorie deficit – the key factor when looking to strip body fat.

In the long term, the performance benefits that creatine has on resistance exercise, (a key factor in the preservation of muscle mass in an energy deficit), may help improve the aesthetics of your physique whilst cutting.

Just like there are tonnes of different kinds of protein, there are also different forms of creatine. Although they’re similar, they do offer different benefits and drawbacks.

The Most Popular Creatine Supplements

This is arguably the most common and popular form of creatine, and generally requires around 5g per day. Some claim that a loading phase of 3 – 5 5g doses per day is required, whilst others claim this is a waste of time.

This form of creatine is thought to require less than 5g per day to be effective, with 2-3g per day being optimal.

This creatine has an additional ester molecule attached to it, which increases the rates of absorption into the body. It’s more potent and is considered more beneficial by some creatine users.

Micronised creatine is a form of creatine monohydrate that has been, you guessed it, micronised. This basically means that each molecule has been cut up and divided.The results in a larger surface area, meaning higher rate of absorption into the muscle cells.

If creatine is used as instructed, the results will be extremely impressive and you’ll look leaner and more muscular than ever. Take into consideration your goals, and your own experiences with use creatine to decide which type is best for you and you’ll be on your way to cutting in no time. 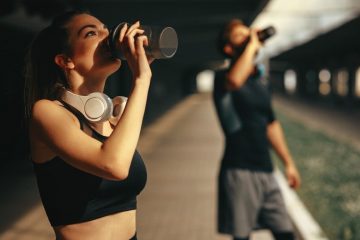 After a great workout, you might get a little side-tracked with your endorphin rush. But don’t forget you need a proper refuel in afterwards, with certain macro and micronutrients to optimize recovery. Recovery plays several [...]

To gain muscle and strength, athletes and recreational gym-goers go through phases called bulking and cutting. These are strategic periods of weight gain and loss, respectively. While these strategies are [...] 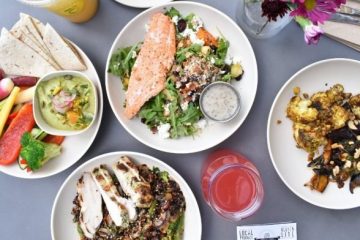 The Mediterranean diet has a great reputation and for very good reason. This type of diet originates from the countries bordering the Mediterranean Sea including Portugal, France, Italy, Spain [...] 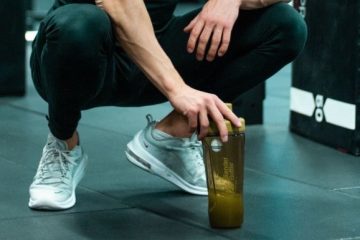 Benefits Of Pre-Workout, What Is It? When To Take it?

Do you fancy maximising your workout before you even walk through the door? We thought so. There are supplements made to set you up with the energy to hit [...] 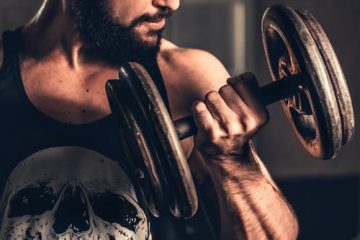 The Best 6 Supplements For Muscle Gain

Building muscle can often be hard. Everyone knows somebody who just has to look at the squat rack to pack on the muscle gain, but for those not as genetically gifted, getting [...] 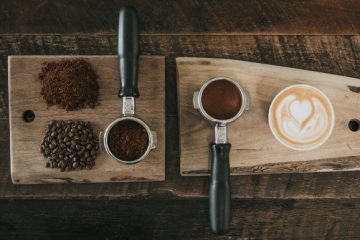 What Are The Benefits and Impacts Of Caffeine? 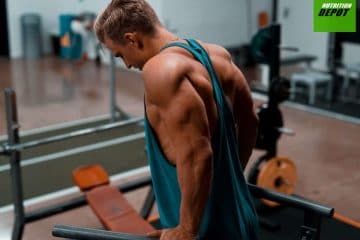 One of the primary reasons that people keep returning to the gym time and time again is muscle building. In fact, there is some research that indicates approximately 25% [...] 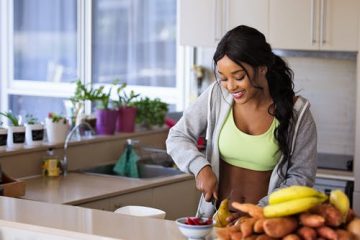 11 Foods That Can Make You Happier

Whether you’re feeling happy or sad, our emotions can be tied to our food intake. While there is some evidence to support that “comfort food” can cause temporary happiness, [...] 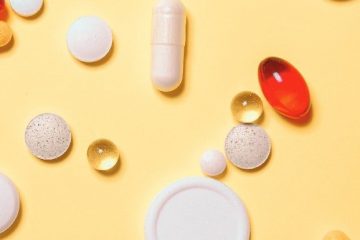 For years, fish oils have been a fan favourite of the supplement world. While their name might not be so appealing, the benefits of fish oil are well worth it. Aiding [...] 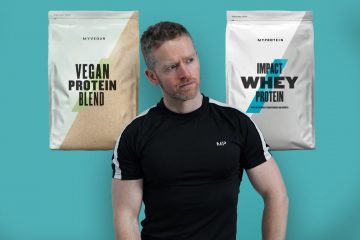 It’s no secret that getting enough plant protein  is essential if you want to build muscle. There’s no two ways about it. But even if you’re not trying to [...]